Agatha Christie's Miss Marple will be appearing at the Beverley Memorial Hall as the town's theatre company presents 'A Murder is Announced’, an adaption of the Christie story by Leslie Durbon. The family and friends of Mrs. Blacklock are all bemused when the weekly copy of the Chipping Cleghorn Gazette arrives with a startling announcement in the personal column - that a murder is to take place at their home, that very day at 6.30pm. As more people, including a certain Miss

Hull Truck Theatre has events to keep the whole family entertained this Easter, from well-loved musicals to a new twist on a classic fairy tale. Little Angel Theatre comes to Hull Truck Theatre with Red Riding Hood and the Wolf (Tuesday 27 – Thursday 29 March), a new spin on the story for children aged 7 plus and their families. There are two sides to every tale, and you might not guess how this one goes! What if the Big Bad Wolf wasn’t big or bad at all? What it they got it

Leading cultural specialist Lee Corner has been appointed as the new Chair of the Culture Company, set up to deliver the Hull UK City of Culture 2017 programme. Lee has a long track record of working in the arts and third sector and takes over from Rosie Millard OBE, who steps down formally on 20 March 2018. Lee will have a key role in driving forward the strategic vision of Culture Company, which is continuing as part of wider legacy plans following the success of Hull's ten

North Yorkshire's Badapple Theatre Company is celebrating twenty years on the road and, to mark the milestone, it is re-presenting the first show the company ever toured with. 'Amy Johnson’ will tour nationally from April to June, starting in Yorkshire. Artistic Director Kate Bramley’s show follows the inspirational life of Hull aviatrix Amy Johnson, the first woman to fly solo from the UK to Australia. During World War II she had a vital role as one of a team of female pilot

A new season of independent film has been announced for Hull for April to June 2018. Taking place at Vue Cinema at Princes Quay and Hull Truck Theatre, it includes the very best award-winning and critically-acclaimed new films from around the world, giving audiences in the city the chance to discover something different. The programme, by Hull Independent Cinema, opens on Tuesday 3 April at Vue Cinema Hull Princes Quay with Journey’s End, set in a British trench in 1918. The 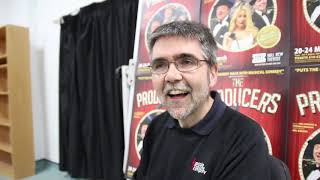 Hessle pulls out the stops for big return

Hessle Theatre Company are back at Hull New Theatre with an outrageous and hysterically politically-incorrect musical comedy, The Producers, one of their most ambitious shows. When timid accountant Leo Bloom enters the office of unscrupulous Broadway producer, Max Bialystock, a madcap scheme to stage the world’s worst musical is hatched. With a crazy cast of characters including a Swedish bombshell, a right-wing German playwright and a cross-dressing theatre director; you can

Charles Dickens’ much-loved story Oliver Twist is being brought to life this Christmas on an East Yorkshire stage. Following the huge popularity of her adaptation of A Christmas Carol last year, Hull Truck Theatre’s most successful Christmas show to date, playwright Deborah McAndrew returns with her magical version of Oliver Twist. The production will include traditional carols, folk songs and original music, and will be directed by Hull Truck Theatre’s Artistic Director Mark 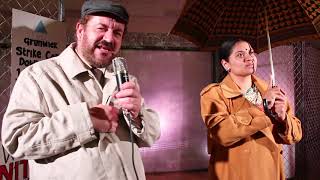 We are the Lions, Mr Manager

The inspiring tale of one of the most powerful women in British history returns to the East Yorkshire stage this month. Townsend Productions bring the story of Jayaben Desai – a leader of one of the most influential strikes to the Freedom Centre, Preston Road, Hull. “We Are The Lions, Mr Manager” tells the tale of a fight for dignity in the workplace, during the Grunwick Film Processing Factory Strike of 1976-78. It was one of the longest and most important industrial dis

Hull Truck Theatre and The Centre for Contemporary Storytelling are asking the people of Hull to share their own stories to form the basis of a new community play, The Journey Home. Over the next few months, writer Rupert Creed (Associate Artist at Hull Truck Theatre and writer of Hull UK City of Culture opening event Made in Hull) will lead workshops to explore and develop the storyline for this ambitious participatory project. The Journey Home will take place in 2019 and wi