Brough’s Petuaria Players switch from comedy to a crime mystery for their season finale. Jimmie Chinn’s Take Away the Lady is the offering from this week. Director Jayne Hewson says: “I was intrigued – I read it and enjoyed it and so submitted it to the group,” she said, and was pleased to find that the reading went well. “Everyone seemed to enjoy it and it was well received by everyone including our more youthful members so it was nice to see that it could be appreciated by

Woman at War (Benedikt Erlingsson, 2018) See the video review here. Icelandic filmmaker Benedikt Erlingsson’s new film, Woman at War, has a similar focus on sweeping landscapes as his previous feature, Of Horses and Men. Woman at War focuses on Halla, an unassuming middle-aged woman who, when not involved in her day job as the conductor of a choir, moonlights as an eco-activist whose ire is directed against the corporations whose man-made structures are spoiling the Icelandic

Extremely Wicked, Shockingly Evil, and Vile (Joe Berlinger, 2019) See the video review here. Joe Berlinger made his name as the director of a number of utterly superb crime-themed and award-winning documentaries, including Brother’s Keeper in 1992 and Paradise Lost: The Child Murders at Robin Hood Hills in 1996. Berlinger’s sojourns into the world of fictional filmmaking have, however, been less impressive: his fictional debut Blair Witch 2: Book of Shadows was dire and was o

A Compelling Tale of Vengeance | Paul Reviews ONE DEADLY SUMMER

One Deadly Summer (Cult Films) See the video review here. Based on the 1977 novel of the same title by Sebastian Japrisot, a writer often described as ‘the French Graham Greene’, Jean Becker’s 1983 film One Deadly Summer was nominated for the Palm d’Or in the 1983 Cannes Film Festival and won its lead actress, Isabelle Adjani, the César Award for Best Actress in 1984. (That year, Japrisot also won the César for Best Adapted Screenplay for his adaptation of his own novel.) The

Eighth Grade (Bo Burnham, 2018) See the video review here. For a culture that arguably invented adolescence, it’s fitting that adolescence has become a key theme in American films since 1950s pictures such as Nicholas Ray’s Rebel Without a Cause and Richard Brooks’ The Blackboard Jungle. From John Hughes’ comic depictions of adolescence in the 1980s to the taboo busting approach of Larry Clark and Harmony Korine’s Kids in the mid-1990s, films about adolescence have been a use

Cujo (Eureka Classics) See the video review here. Written in 1981, Stephen King’s novel Cujo – focusing on a woman, Donna, and her young son who are terrorised by a rabid Saint Bernard – was published during an era which saw an interest in animals-on-the-rampage stories, represented through films such as William Girdler’s Grizzly, Robert Clouse’s The Pack and the Irwin Allen disaster movie The Swarm, and novels like James Herbert’s The Rats. The immediate success of King’s no 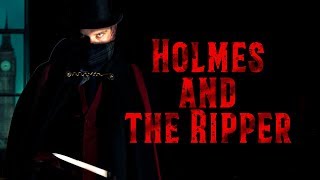 A thrilling marriage of fact and fiction at the Caxton Theatre 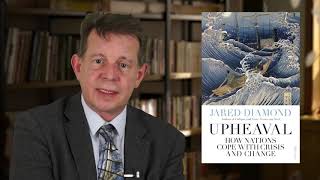 Just 1 hour until this month's Billboard show broadcasts live on the channel! Watch it here.

The story of how a new building development could threaten a village’s quiet way of life is the topic of the latest drama from the pen of Badapple Theatre Company artistic director, Kate Bramley. “The Frozen Roman” tours all over the country from 25th April and follows a group of hapless villagers who fear plans for a new development in their midst could ruin their community. A clandestine meeting at the pub gets heated as the villagers rack their brains for new ways to fi
1
2